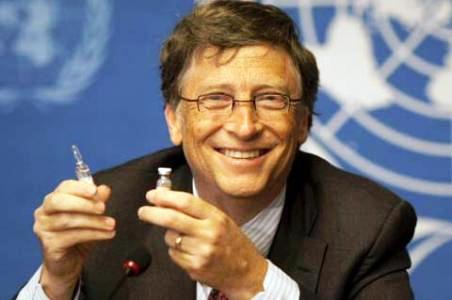 Writing about Bill Gates is quite an adventure. He is a multifaceted individual, with those facets having grown exponentially after his Microsoft retirement, when almost 5 years ago (2008) he ceased being executive president, yet still advising his company at the Board of Directors.

Among his facets, other than being a very successful businessman, is that of being a full-time philanthropist with his dedication to the Bill & Melinda Gates Foundation. This is one of his most noticeable aspects, but among other activities he spends a lot of time promoting innovation by generating ideas and participating and investing in biotechnology enterprises, by preaching in order to stimulate millionaires to donate part of their fortunes to philanthropic projects, as well as by divulgating his concept of creative capitalism, meaning innovation with impact. He also created Corbis Corporation, of which he is the director, a digital database of art and photography. On top of all this he has time to read 5 books per week.

Bill Gates’ goal as a philanthropist is to support the world’s most disfavored people enabling them to be self-sufficient, through the foundation’s programs and alliances with strategic partners. In other words, he does not distribute charity but justice inasmuch as he helps the most needed in order they may become free, autonomous and independent. As Ayn Rand said “charity is the opposite of justice”.

The Foundation bearing his name was created in the year 2000, through the merger of two foundations: one created in 1994 with his father’s name, focusing on health, and the other, his wife’s, dedicated to education and libraries. The foundation’s health work is done by means of the Global Health Program.

As Bill Gates says, at the late nineties, when he finds out that the rotavirus, a gastrointestinal virus, caused the death of 600 thousand children each year, he was astonished facing the scarce attention paid to this health problem. As from that moment, the vaccines became a priority for his investments and dedication.

He then decides to commit US$ 750 million for the creation of GAVI Alliance, a non-profit organization created in 2000 with public and private capital. Its mission is to save the lives of children and protect health, by increasing access to immunizations in the poorest countries. GAVI works in close cooperation with the World Health Organization (WHO), one of its co-founders, and with the United Nations. From its beginning, this organization has had an impact on immunizations, whose coverage has increased 16% (from 66% in 2000 to 82% in 2011).

In 2005, Gates’ foundation committed other US$ 75 million, followed by US$ 1 billion, approved in June 2011. Currently, the commitment of the Bill & Melinda Gate Foundation with GAVI Alliance is of US$ 2.5 billion and it is the second donor in importance, with a contribution of 18%. Its decision to support GAVI has allowed it to accelerate the access to the vaccines in the developing world, and to cooperate with health research providing effective, accessible and sustainable solutions.

One of GAVI’S priorities is to accelerate the introduction of new vaccines, as that of rotavirus and pneumococcal, at developing countries, a goal having allowed the immunization of children in countries where in the past they could not have been vaccinated.

However, 1 of 5 children remains without vaccines, and for such reason the Gates’ foundation declared in 2010 as “the decade of vaccines”.

Another contribution in this area is the “Gates Vaccine Innovation Award” created in order to recognize those working in a creative way, aiming at increasing the immunization coverage. In addition, is important to mention his support to the development of a tool for assessing vaccination coverage.

Another priority of the Bill & Melinda Gates Foundation is the eradication of polio. In 2007, the Foundation joined the struggle against polio that has been led for years by Rotary International, with an initial contribution of US$ 200 million.

Even if the donations to world health may sound as charity, it is not really so, since the improvement of population’s health has a positive effects on its development.

Vaccines provide a healthy life for families, allow their children to attend school and get more cognitive abilities; in other words, families would become more productive, enabling their integration with development.

As mortality decreases in a country due to immunizations, birth rate also diminishes and life expectancy at birth increases, which has a positive impact on GDP. For each year of increase in life expectancy, GDP augment around 4%. Synthesizing: “Vaccines are comparable to art by the challenge and mastery that they represent and by their virtuosity when providing health and therefore stimulating development”.

When Bill and Melinda decided to concentrate all their efforts towards the health of the poorest, they chose to invest on 4 diseases: rotavirus gastroenteritis, AIDS, malaria and tuberculosis, objectives that have been extended to other illnesses.

In the battle against AIDS, malaria and tuberculosis, the Foundation has contributed with about US$ 2.5 billion for projects of different organizations for AIDS, around US$ 2 billion for malaria and more than US$ 1.4 billion for the Global Fund.

On this occasion, the financing strategy was focused, among other, on actively supporting research by means of a considerable number of grants addressed to the development of vaccines against these diseases.

For instance, in 2003, the foundation announced grants for US$ 258 million for the development of a vaccine against malaria, new drugs and methods for vector control.

Particularly, for AIDS, in 2006, the foundation announced the approval of 16 grants for US$ 287 million to create a research network to accelerate the development of HIV (human immunodeficiency virus) vaccine. More than 165 investigators from 159 countries participated in this network, who had to share data and results in order to prioritize the strategies to follow.

In that occasion, Dr. José Esparza, a Venezuelan friend, a scientific and strategic advisor for vaccines at the Bill & Melinda Gates Foundation and one of the developer of this big HIV enterprise, commented: “A HIV vaccine is our best long-term hope for controlling the global AIDS epidemic, but it has proven a tremendously difficult scientific challenge. We have all been frustrated by the slow pace of progress in HIV vaccine development, yet, the breakthroughs are achievable if we aggressively pursue scientific leads and work together in new ways”. It was his duty to develop and implement this huge enterprise, mostly bearing in mind the quality of the actors evolved.

Dr. Esparza defines this new form of work as a “Big Science approach”, where new large-scale models of cooperation are explored. The HIV vaccine has not been yet developed. Much progress has been made but there are still many challenges to cope with. All of this is addressed in Dr. Esparza’s most recently published article in AIDS (2013) titled: A tale of two vaccines: lessons from the polio that could inform the development of an HIV vaccine.

Besides the direct support for the control of these diseases, as we have already mentioned, the foundation has granted US$ 1,4 billion to The Global Fund to fight against AIDS, malaria and tuberculosis. This fund was created in 2002 with the purpose of increasing the resources to fight against these three illnesses, affecting the population with most needs. Since its creation, it has financed more than a thousand programs in 151 countries, which have resulted in 4,2 million people receiving AIDS treatment, 9,7 million infections treated for tuberculosis and the distribution of 310 million insecticide-treated nets to prevent propagation of malaria.

The foundation’s global contribution to health.

As on 2012, the foundation´s capital was US$ 36,4 billion. It is worth to remember that the billionaire Warren Buffett joined this cause in 2006 and has contributed with US$ 6.4 million until 2010. He is also a member of the foundation’s Board of Directors.

In the year 2011, the Bill & Melinda Gate Foundation, due to its accountability’s transparency, was included in the third place of the list of greater donors to global health of the Organization for Economic Cooperation and Development (OECD), after the United States and the Global Fund. It was the only private organization on a list of 15 participants, where GAVI and WHO are on the tenth and eleventh place, respectively.

Gates’ foundation also makes contributions to the WHO. He has been invited to address to the WHO Annual Assembly, on two occasions. The last one was in 2011 and there he talked about the leadership in promoting the decade of vaccines and urged governments to invest in immunizations. He defined vaccines as “an extremely elegant technology. They can be inexpensive, they are easy to deliver and they are proven to provide lifelong protection from disease”.

Bill Gates lost the world’s richest man title on 2010 by having given part of his fortune to his foundation. David Lincoln, director of the firm Wealth-X, commented: “Gates would have a comfortable margin if he had never discovered philanthropy”.

Thanks for this discovery since his endowments to health have meant a notable contribution to the improvement of quality of life for many, during this millennium.

In his 2012 annual letter, Bill Gates comments: “Throughout my careers in software and philanthropy—and in each of my annual letters—a recurring theme has been that innovation is the key to improving the world. When innovators work on urgent problems and deliver solutions to people in need, the results can be magical.” He adds: “My annual letter this year is an argument for making the choice to keep on helping extremely poor people build self-sufficiency”.

Gates becomes a fighter in accelerating innovative processes. On the one hand, he promotes financing for projects of this kind, as it is the case of the competition for inventing a new kind of toilets to improve world sanitation and environment (the wining projects were expose in Seattle, United States, on August 2012).

Another example is his participation in discussions in the Invention Science Fund group of Intellectual Venture, a company with a new model for doing business, led by his friend Nathan Myhrvold, where Gates is also an investor. In his Gatesnotes, he writes about the advances resulting from these meetings, such as a cheap laser to kill malaria transmitting mosquitoes, the super-thermos that keeps vaccines cold, the cheaper way of pasteurizing milk or the mathematical models to know how diseases spread.

In this order of ideas, FierceBiotech, a daily bulletin about the biotechnological industry, recently included Gates at place number 7, in its list of the 25 most influential people in biopharma. Their report’s title was: “When a name adds more than a number”. The review describes his investment on cancer research jointly with Foundation Medicine or his prominent role in the area of biotechnology, in Seattle. The note highlight the value of investing his own funds in biotechnology in order to save the foundation’s money for other areas, though the foundation announced plans to invest in 10 biotechnological companies following his axiom: the right of developing countries to use technology. Given his considerable global prestige, Gates’ endorsement represents more than money, is commented in the note.

Bill and Melinda Gates have received awards on many occasions for their leadership in global health. For instance, they have received the Príncipe de Asturias award and the recognition by the prestigious Johns Hopkins University.

And then, I wonder: don’t you think that Bill Gates and his foundation should deserve the Nobel Peace Price? Or isn’t the distribution of health and equity the most expeditious way of bringing peace to the world? 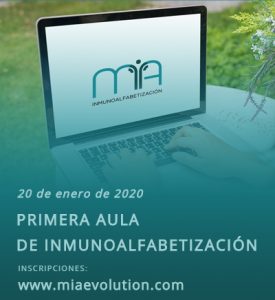